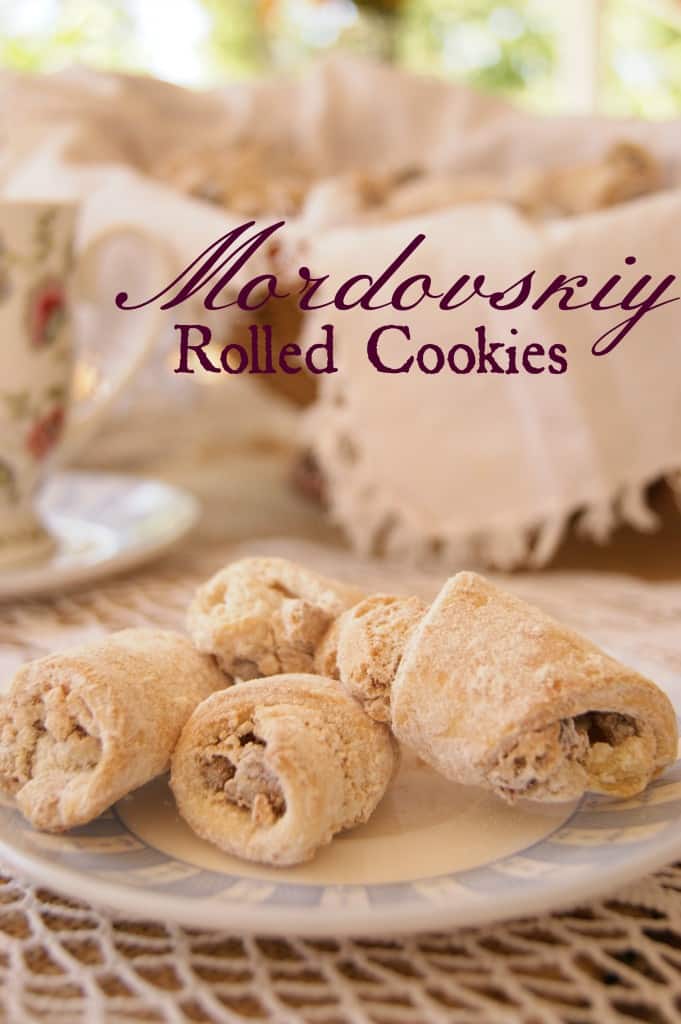 The hubs and I always prefer to go gluten free whenever we can.  We're not celiac and we don't have a wheat intolerance but we both feel better off of it and from what I've learned over the years about how wheat is grown in the states, it's best to avoid commercially prepared wheat anyways.  However, every now and again I enjoy a few treats and I especially like to bake for the kiddos.

Few years ago I was introduced to einkorn wheat and I never went back to modernized wheat. It is one of the world’s most ancient wheats and the only wheat that has not been hybridized making it a better choice for all of your baked goods containing gluten.

This is how I feel about gluten....

Einkorn is packed with more nutrients than the regular wheat berries and surpasses it by large quantities of protein, phosphorus and B vitamins. It is also rich in carotenoids which may also help to prevent cancer and other diseases.

And....if you grind your einkorn wheat berries and sour the dough - all the better!  Working with einkorn flour can be a bit tricky though. It does tend to stick more and rise less but is still a delicious and healthy choice for your glutened treats. 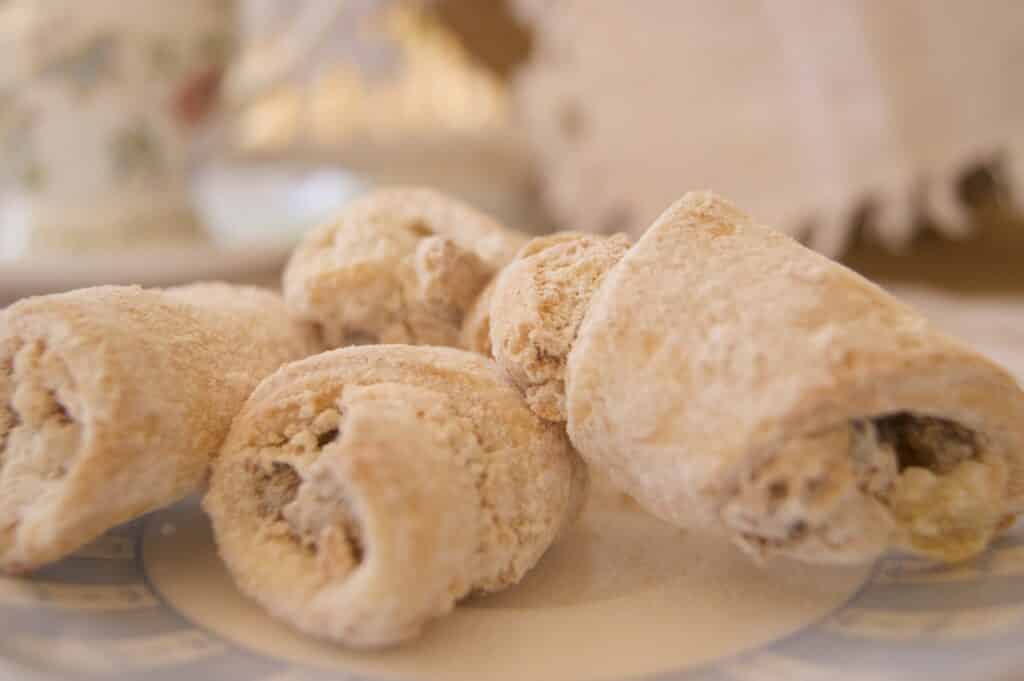 I adapted einkorn flour into these simple rolled cookies and I was pleasantly surprised how well it worked out. 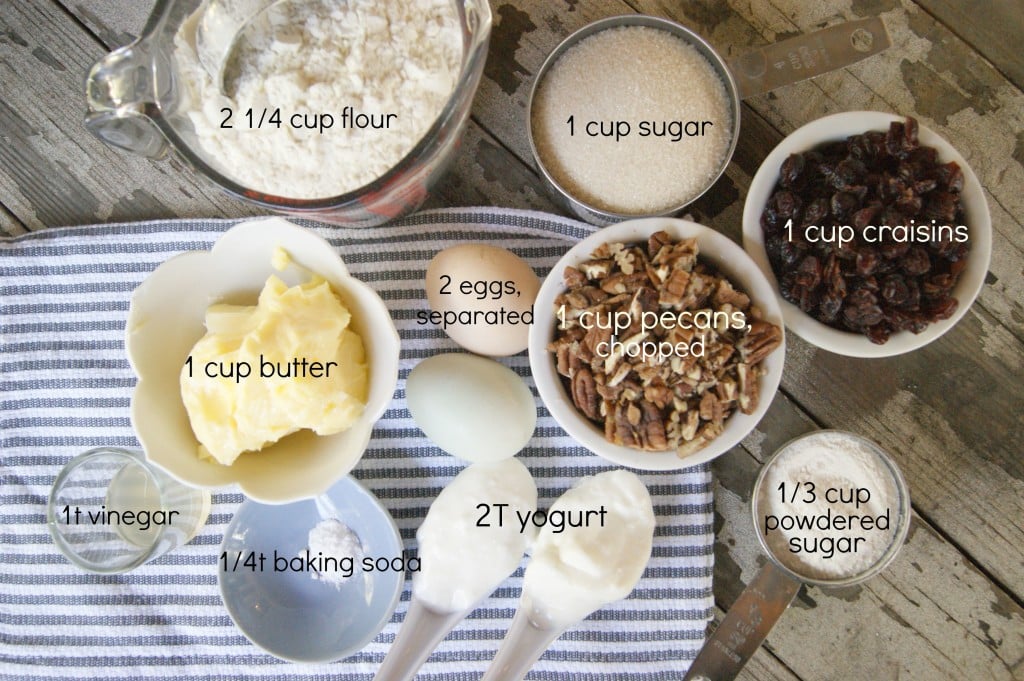 In a bowl, using a mixer on medium-high speed, beat yolks, yogurt and butter and continue to beat until well combined, approximately 3-4 minutes. Turn the mixer off and over the bowl, activate baking soda by adding ½ teaspoon of vinegar to it (I use Apple Cider Vinegar but white vinegar works as well). 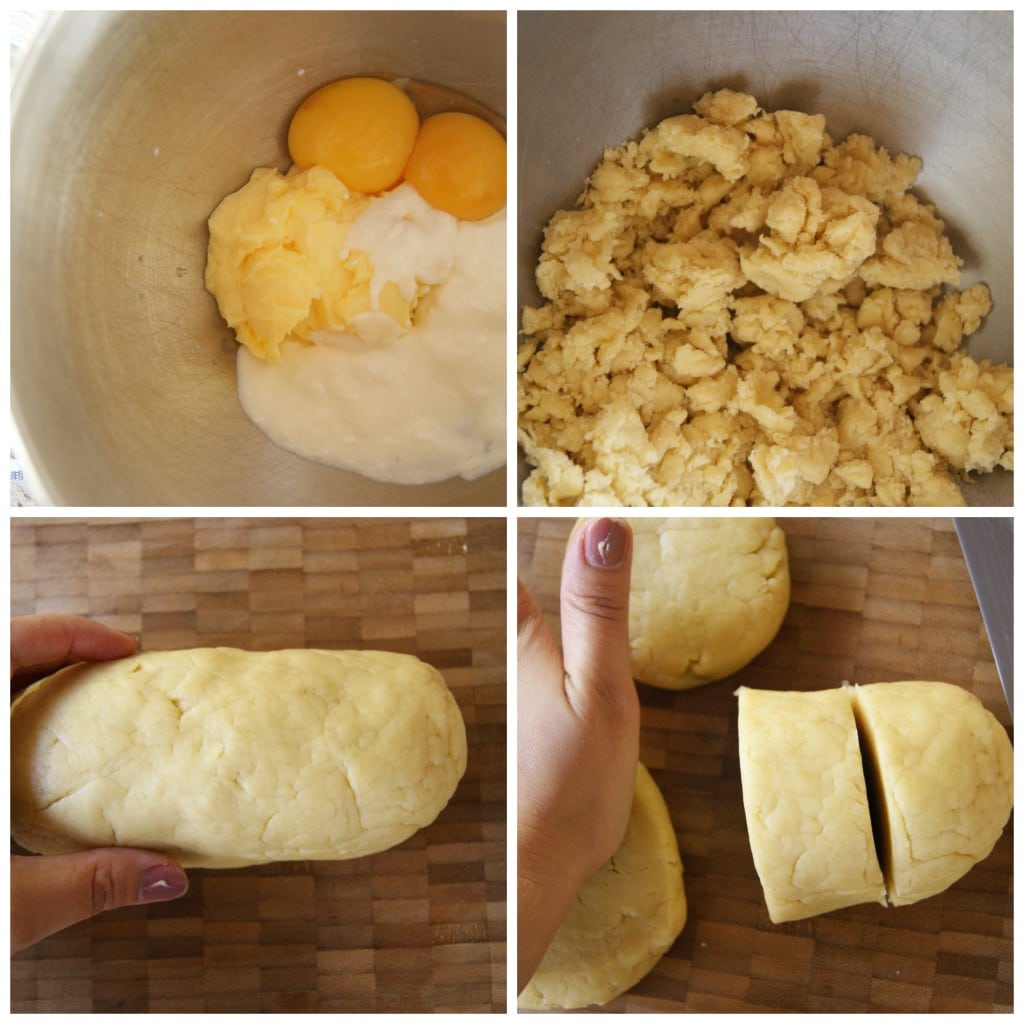 If using a stand mixer, switch out the whisk attachment to a dough hook as you add the flour, ½ cup at a time making sure it combines well before each addition. It should form a dense doughy mass that does not stick to your hands. If too thick, add a teaspoon or two of water to the batter. If too sticky, add a teaspoon of flour. The dough is pretty forgiving since you can mess up either way and can remedy by adding the opposing ingredient. Form the dough into a cylinder-shape for easier cutting.  Divide the dough into four equal rounds and press down on each piece using a rolling pin or the palm of your hand to form a thick, round but flat shape.  Wrap each of the four pieces in plastic wrap and set in the refrigerator for 30 minutes.  Alternatively, you may also choose to use a food container in lieu of the plastic wrap, like I did.

While dough is resting, beat the egg whites starting at medium speed and gradually increasing to high until it forms a white foamy substance (3-5 minutes). Add sugar and continue to beat on high speed until the sugar is dissolved and it forms soft white peaks (additional 5 minutes). With a spatula, fold raisins and chopped nuts. 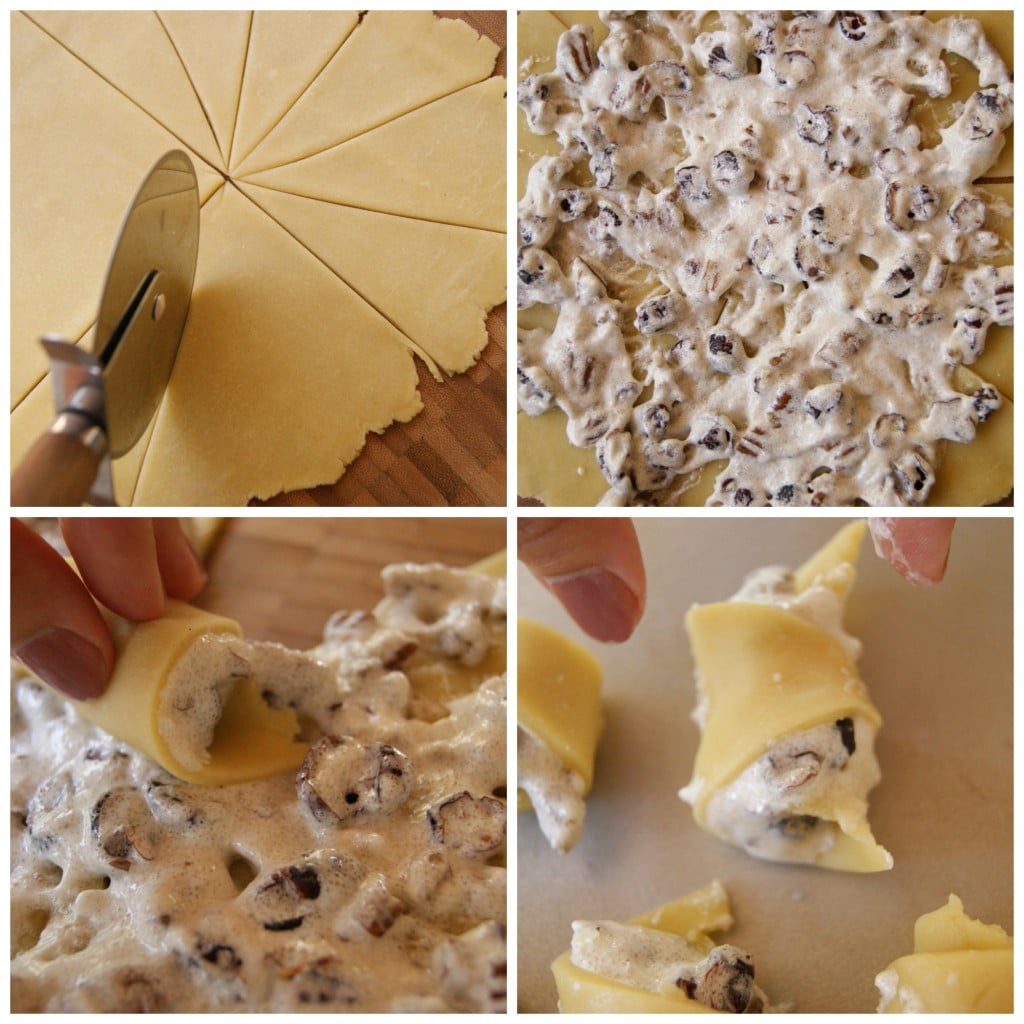 Remove the dough from the refrigerator.  Working with one piece at a time, roll out the rounds into circles with approximately 10” diameter using a rolling pin. Flip the circles after a few rolls for an even thickness.
With a sharp knife or pizza cutter, divide the circle into 12 equal size triangular pieces but do not remove them from the surface. Drop a few tablespoons of the egg white mixture onto the rolled and divided dough and spread it evenly. Don’t worry about not getting the edges. Carefully, begin rolling the wide edge into the thin one until it forms a rugalach type of shape. With the seam side down, place rolls on a greased baking sheet. Don’t be concerned if the egg white filling is oozing out. 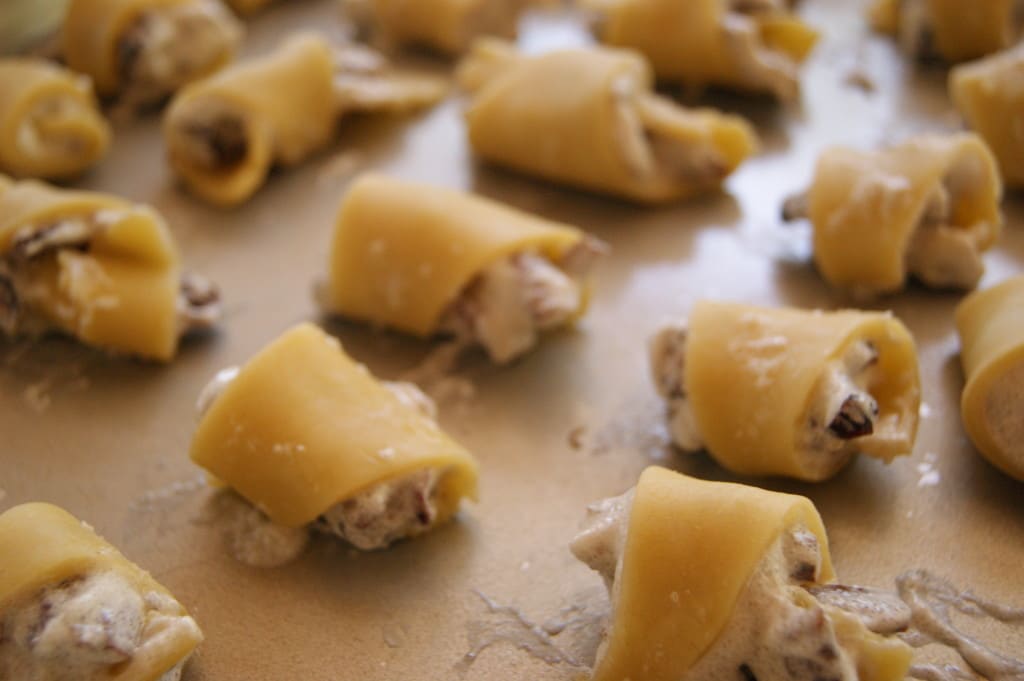 Bake for 25 minutes at 425⁰F. Remove from oven and allow to cool on cooling rack.

In a large ziplock bag, add the rolls and ¼ cup of powdered sugar.  No powdered sugar?  No problem, I never have it on hand because of this.... 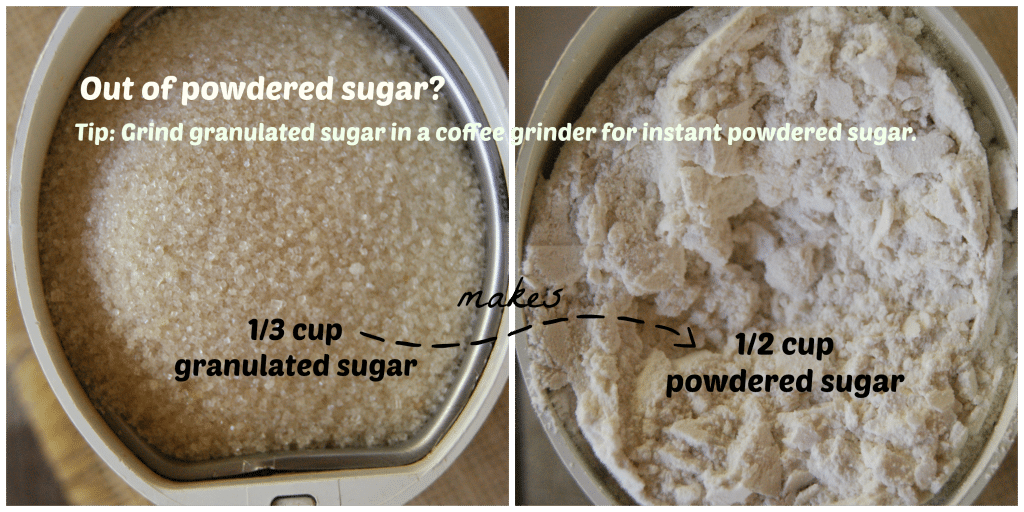 Gently shake and toss the bag so the rolls are completely covered in sugar. 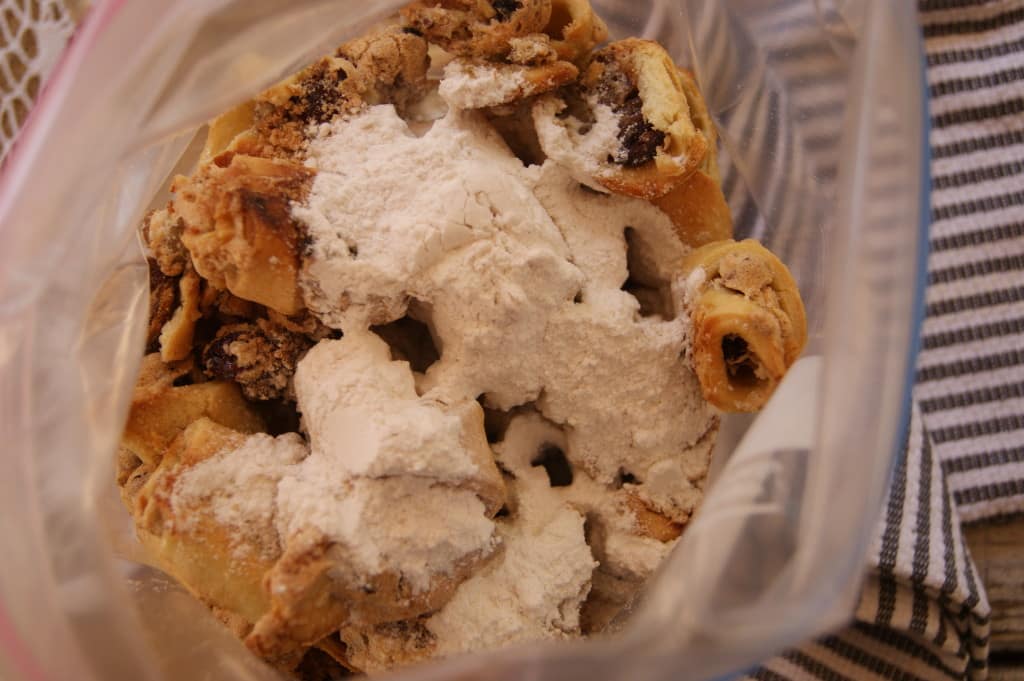 These cookies are delicious with your morning coffee or afternoon tea or even as a snack to toss into the lunchbox.  Because of einkorn's nutrition punch, I feel good about making this for the family.