Thick and creamy, this homemade Eggnog is perfectly mild with just a hint of seasonal spices. Find out how to make lite Eggnog in 30 minutes using just milk, eggs and a healthy sweetener.

Eggnog is the perfect drink when you want to treat yourself to something sweet and hearty. And it turns out, it is so easy to make it at home with just a few ingredients that you likely have in your kitchen already.

It’s a classic holiday favorite amongst the ranks of hot apple cider and mulled wine, though much much richer and thicker than your traditional Christmas cocktails.

Eggnog is historically known as milk punch. It’s a luscious, sweetened, dairy-based beverage that is commonly made with milk, cream, sweetener, and whipped egg yolks. It’s traditionally aged with alcohol to preserve seasonal bounty of milk and eggs so that it can be enjoyed during the wintertime, when these ingredients were historically scarce.

The most important thing to remember about eggnog is that it’s very rich drink. Even with just milk (no cream or half and half), it still is considered a very opulent cocktail. So if you’re looking to cut calories or carbs during the holidays, look elsewhere, like with these Everything Bagel Cucumber Bites or the Savory Sliced Apple Appetizers.

Otherwise, may I suggest that you thoroughly enjoy your healthy cup of eggnog without the unnecessary stress of crunching numbers on the nutrition facts.

How to Make Eggnog Paleo, Low Carb, or GAPS

Here at Prepare & Nourish, we always seek to use healthy sweeteners such as real maple syrup, sucanat, or coconut sugar among other. Please see the post on Natural Sweeteners for a comprehensive list of our favorite ways to sweeten foods. You’ll find that many of these ancient sweeteners are actually rich in minerals and amino acids.

Using a healthy sweetener won’t cut calories but it is lightyears better than processed white sugar. The good news is that traditional sweeteners mentioned above are naturally paleo and generally are overall a better option.

Consider the following suggestions to comply with your dietary needs:

It’s worth mentioning that this homemade eggnog is made with just milk. I find it unnecessary to include cream or half and half as you would find in most recipes. The heavy texture from egg yolks is enough to create a rich and luscious drink.

How to Make Eggnog without Alcohol

Eggnog is traditionally made with rum, brandy or bourbon. Adding alcohol to eggnog acts as both a preservative and a sterilizer, not to mention the boozy effect that many people enjoy during the holidays. According to research, very few bacteria, including salmonella can survive the presence of alcohol.

But eggnog can be made just as delicious without alcohol and with very little worry about food-borne illness. In fact, when using freshest organic, free range eggs you can find – consuming raw egg yolks poses no great risk.

If, however, you still prefer to cook your eggs, you would simply have to master the task of tempering eggs. Tempering eggs involves incrementally adding small amount of hot liquid to the beaten egg yolks so as to not cook them. This is the process typically used in custards, puddings and egg-based sauces like Hollandaise sauce.

How to Temper Eggs in Eggnog

Tempering eggs is essentially the process of slowly warming the eggs before introducing them to drastic increase in temperature.

Tempering eggs does not cook them though. The slow addition of the hot liquid dilutes the uncooked egg proteins, making it impossible for them to clump up when heated.

How to Make Homemade Eggnog

In a large saucepan over medium heat, combine milk and spices and heat to about 120 degrees Fahrenheit. Stir regularly to avoid scorching, and watch carefully so the milk doesn’t boil over. This will take approximately 6-8 minutes.

Add hot milk to the whipped egg yolks, 1/2 cup at a time, whisking the entire time. It’s important to constantly be stirring to incorporate the hot milk with the cold eggs, so as not to cook the eggs to scrambled consistency.

Once the entire mixture has been thoroughly combined, pour everything back into the saucepan and warm over medium heat. Stir constantly for about 5 minutes, until mixture is thickened but be careful not to allow it to boil.

Strain the eggnog over a sieve to remove any egg clumps and large pieces of seasonings. I do this directly into a jar. Allow to fully cool, then place in the refrigerator to chill thoroughly.

Tip: Feel free to adjust the spices to your personal taste. That’s the best part of making eggnog at home is that you can make it your own by controlling the flavor.

How to Add Alcohol to Eggnog

As mentioned above, alcoholic eggnog has been traditionally the drink of choice as a way to preserve milk and eggs. Since there is no need for that with modern refrigeration, my family personally prefers eggnog free of alcohol.

However, that doesn’t mean you can’t turn this homemade eggnog into a spiked adult beverage. What type of how much alcohol to add is a matter of personal preference. But for your convenience, we’ve included the following suggestions.

What alcohol goes well with eggnog?

Any dark spirit pairs well with the flavor and texture of eggnog. Think a combination of  brandy, dark rum and Cognac. Because these spirits would be used as mixers, it’s not necessary to purchase the most priciest and prime variety. Go for the middle shelf instead of the top shelf in the alcohol aisle.

How much alcohol to add to eggnog?

This, of course, would highly depend on the person, but generally a ratio of 5:1 would be an ideal place to start with. That would mean five parts eggnog to one part alcohol. In simpler terms, add one 1.5oz shot of alcohol to one cup of eggnog.

When to add alcohol to eggnog?

You can add alcohol directly to the bottle after eggnog has been fully chilled. Or you may spike individual drinks using the 5:1 ratio.

Recipe makes approximately 1 quart. Prepared eggnog will keep in the refrigerator for up to a week, but no later than the expiration date on the milk used for the recipe. Variations: To make dairy free eggnog, use milk of choice such as almond, coconut or oat meal. To cut carbs, use monkfruit or another sugar-free sweetener. To make this eggnog GAPS compliant, use honey as the the sweetener. Adjust spices to personal preference. To spice eggnog with alcohol: use 5:1 ratio of 5 parts eggnog to 1 part dark spirit such as rum, brandy or Cognac. That is approximately 1 (1.5oz) shot of alcohol to 1 cup of eggnog.

If you liked this Homemade Eggnog recipe, please consider rating it and leaving a comment below.⇓ 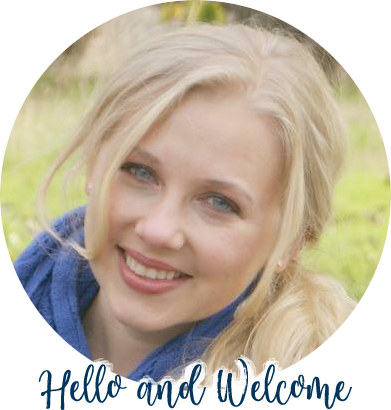